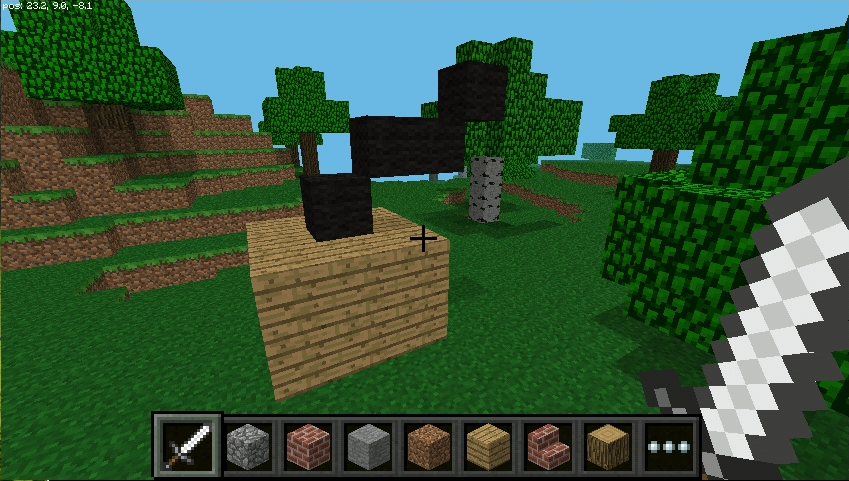 Using Minecraft’s API and the Python programming language, spawn a cannon that’s orientation and launch trajectory can be adjusted in real time.

What You Will Learn:

GitHub is an online repository that offers version control.  It is most often used for computer code and interacted with using a command line tool called git.

Open a terminal either using the icon or the keyboard shortcut CTRL+ALT+t. 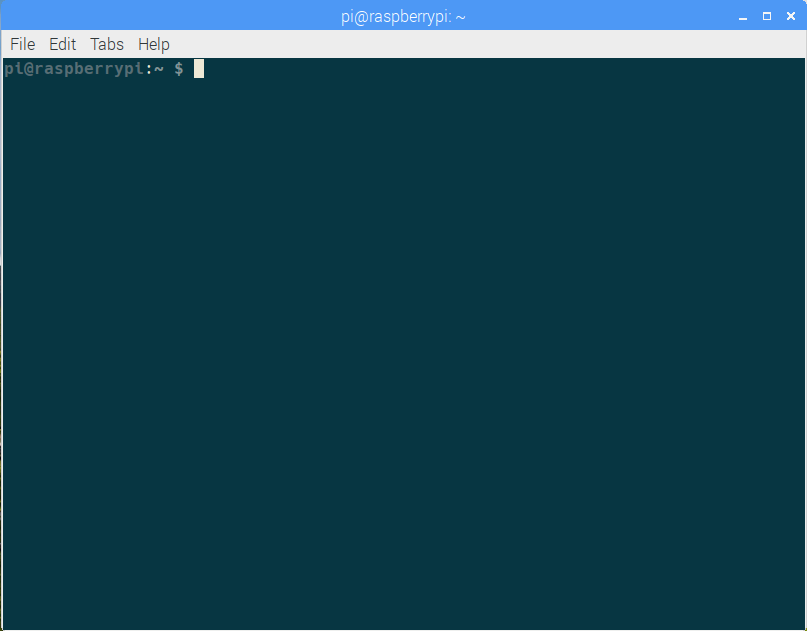 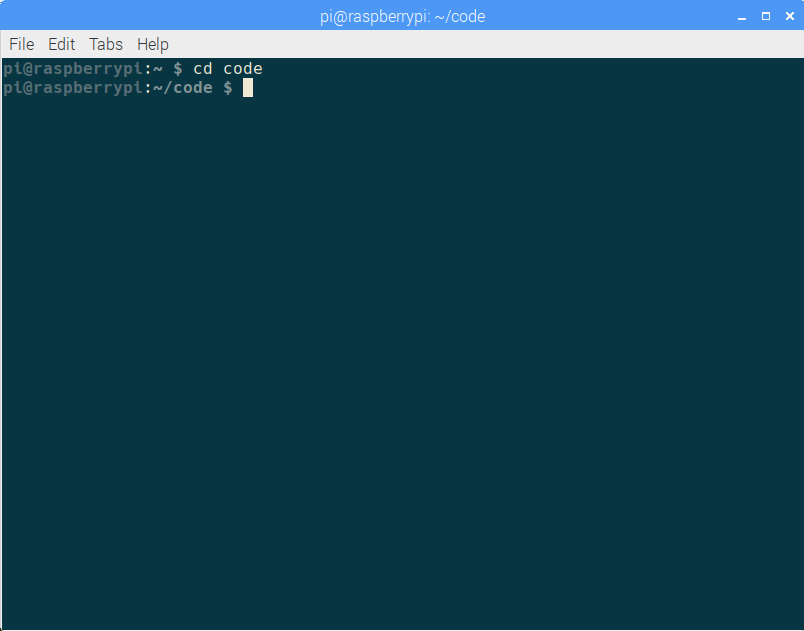 You may have noticed that the prompt that was previously

It is informing you of the directory you are currently in, also known as the current working directory.  Remember that ~ (tilde) refers to the home directory.

Now that we are in our code directory, lets use git to download the cannon code from this GitHub repository 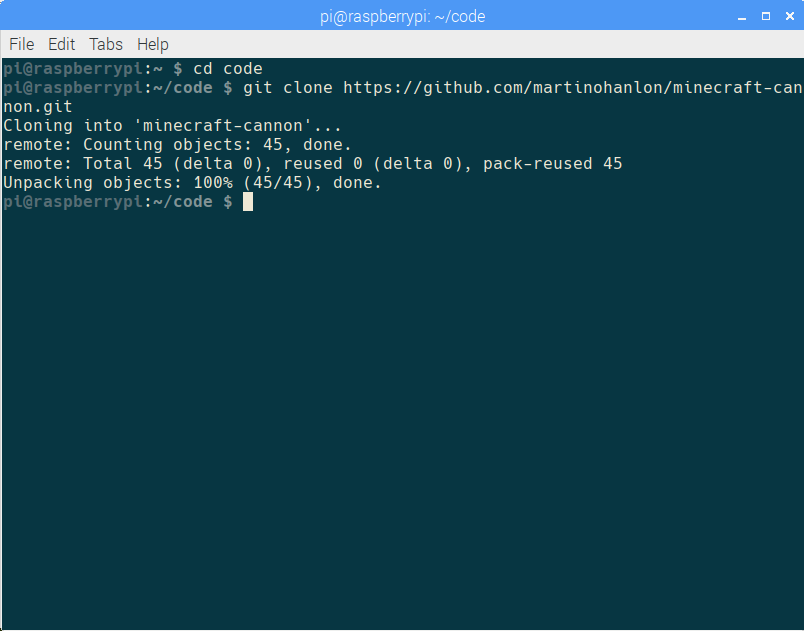 Now the code has been cloned from the specified github repository into the current working directory.  Lets inspect ours with the ls (lists all files and directories) 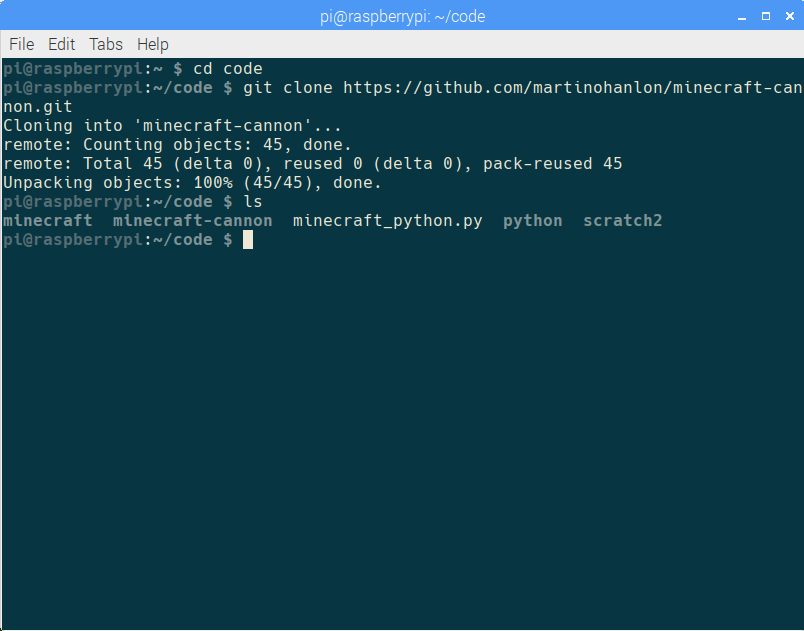 You should notice that a new directory “minecraft-cannon” has been created.  Lets navigate into the directory using cd and then inspect the contents using ls 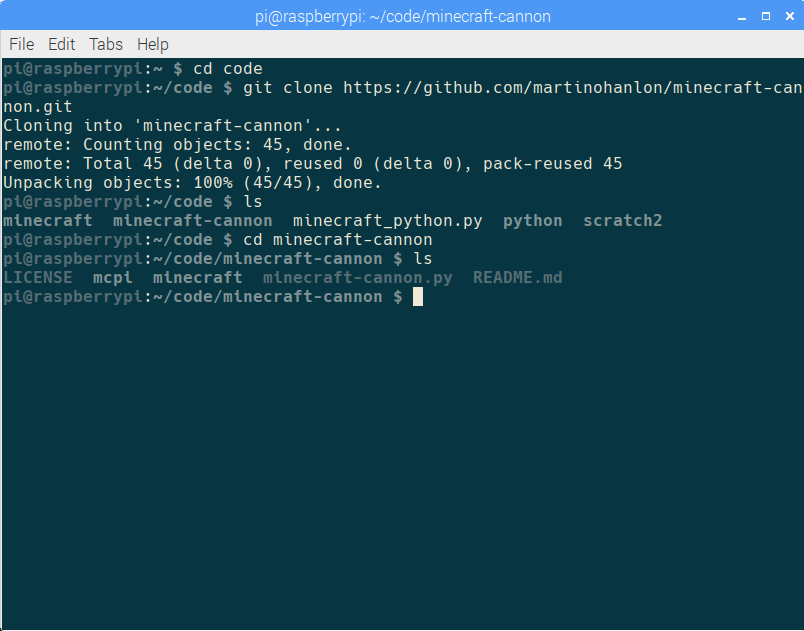 There are several files and directories here, feel free to explore them using cd.

will move your current working directory “up” one or backwards into the directory containing the current directory.

At this point we need to launch Minecraft and get into a game. 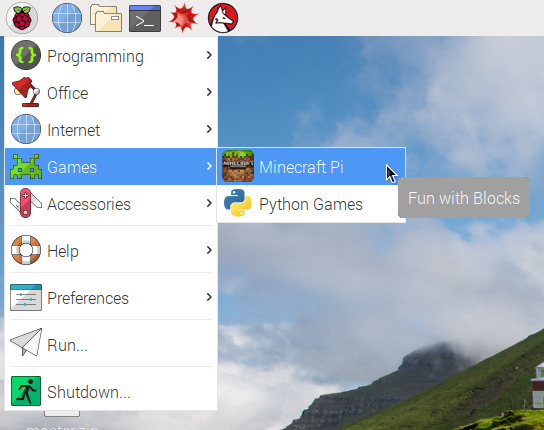 Once Minecraft is open, click Start Game then join a preexisting world or Create New.

Back in the terminal we want Python to execute the “minecraft-cannon.py”.  If you left the directory we downloaded with git you can get back there with the following

this instructs the Raspberry Pi to use Python to run the “minecraft-cannon.py” file. 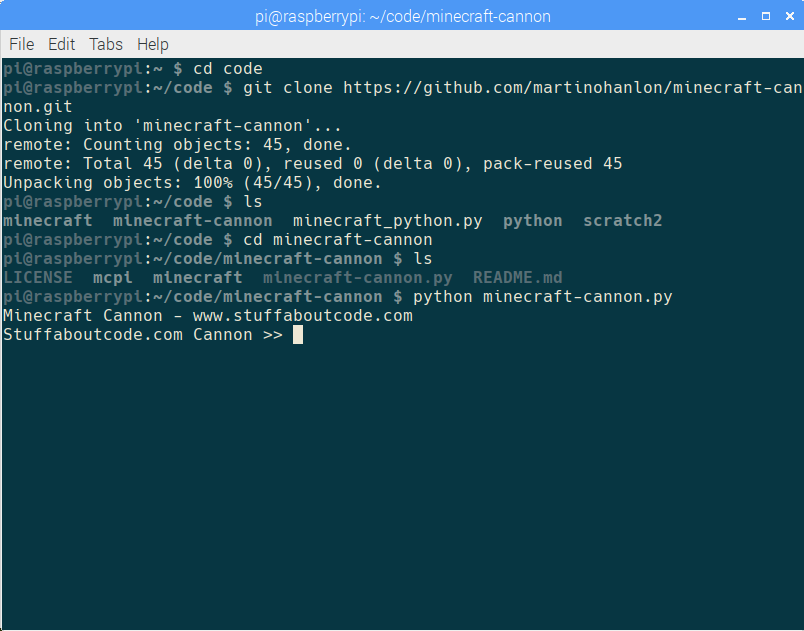 Your prompt in the terminal should have changed to

You can now use the following list of special commands to create, aim and fire a cannon in the running Minecraft game.

Start  spawns a cannon, exit an active cannon.  Using start multiple times in a row will construct multiple cannons however only the most recently made cannon can be controlled with the other commands.  You do not need to include the square brackets when typing the commands.