Goal:
Assemble a Rpi Car from the parts kit

What you will learn:
Special considerations for connecting sensors and screens, and how all the parts go together.

What you will need:
Full RPi car kit 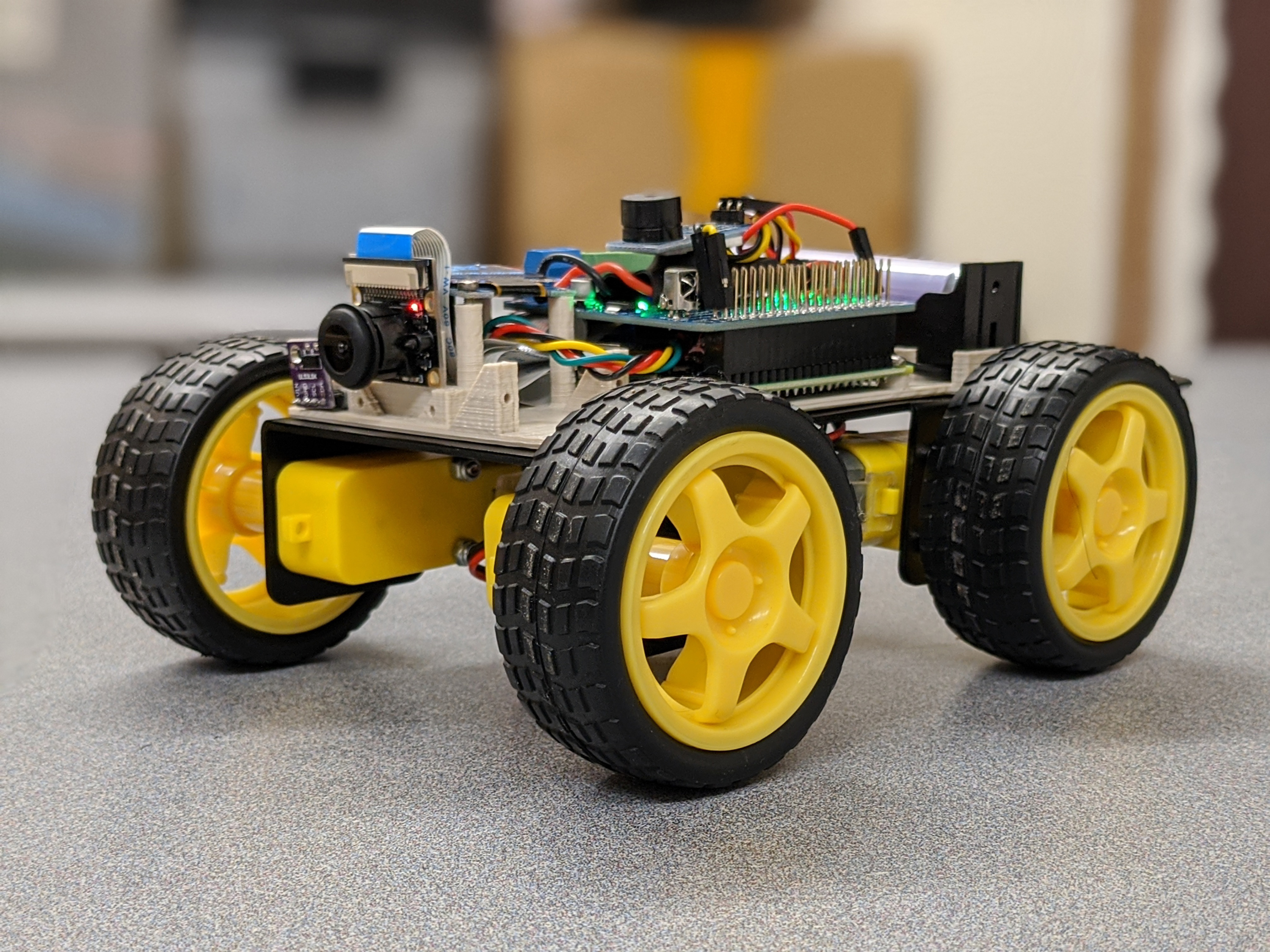 Line up the Raspberry Pi with the mounting holes here using the short 2.5mm screws. (Note the orientation of the GPIO pins and the usb port). 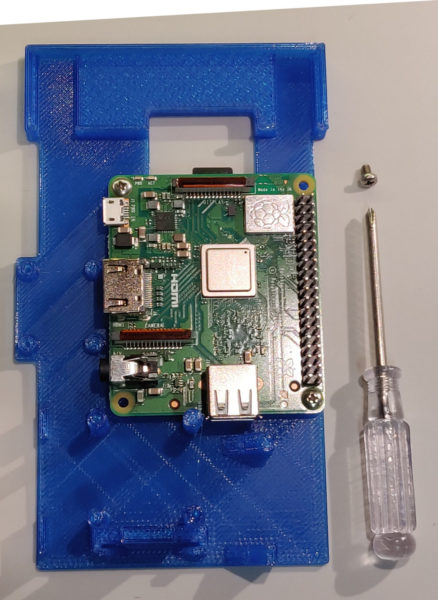 With double-sided tape, install the battery mount as indicated below. (Note the orientation of the + and – signs).

Also, with ONLY one side of the double-sided tape removed, place the adhesive side on top of the HDMI port. This acts as padding to prevent any electrical shorting between the Raspberry Pi and the motor shield. 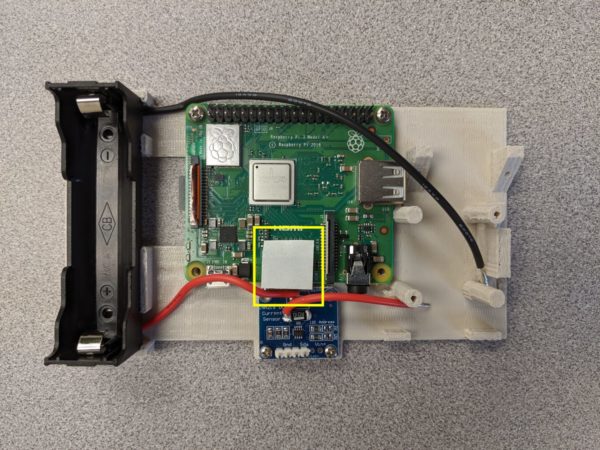 Place a piece of double-sided tape to the back of the camera module. 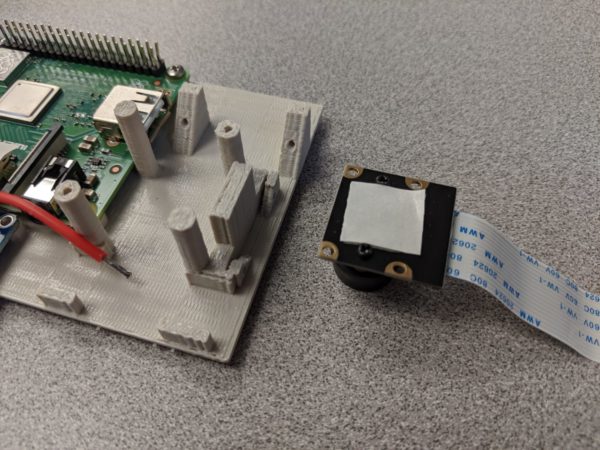 Mount the camera to the front of the chassis. 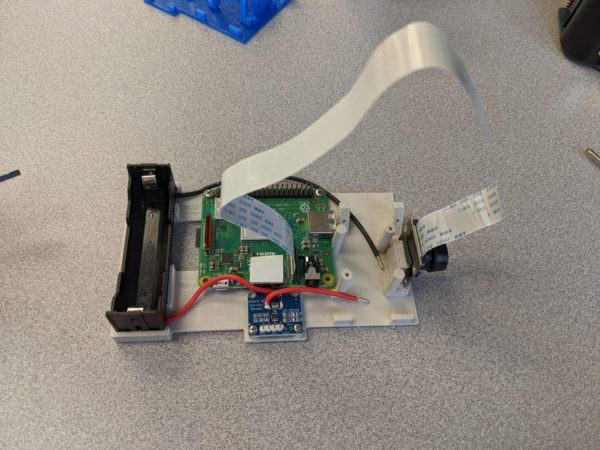 4. Prep and Mount the Motor Controller 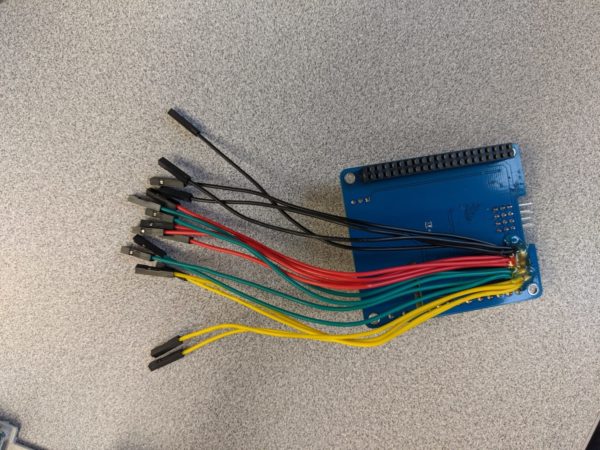 Create a set containing one of each color by twisting them as so. 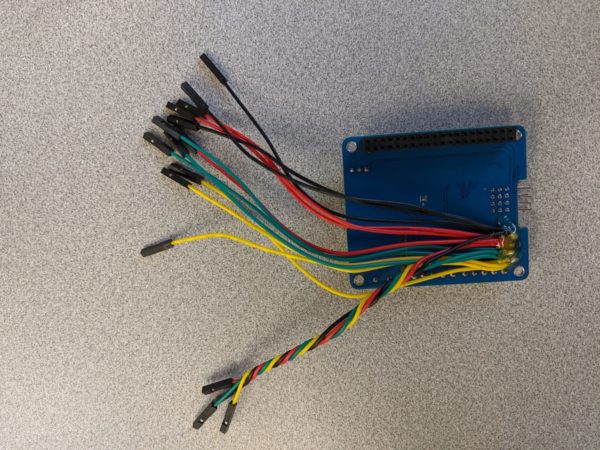 Repeat for the rest of the wires. You should have 4 sets of each color as so. 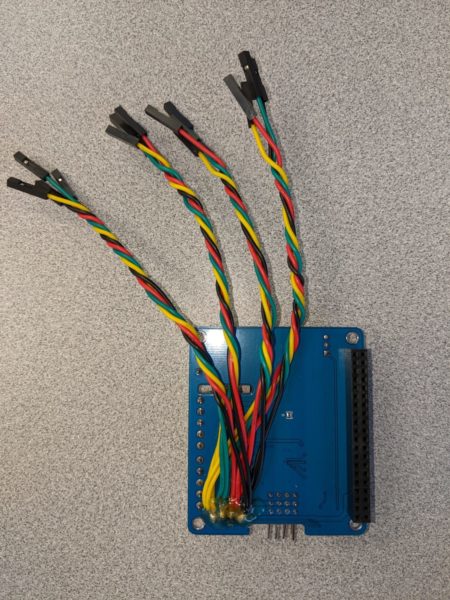 Once you are finished combining the wires, install the motor shield on top of the Raspberry Pi GPIO pins (Note the layout of the wires). 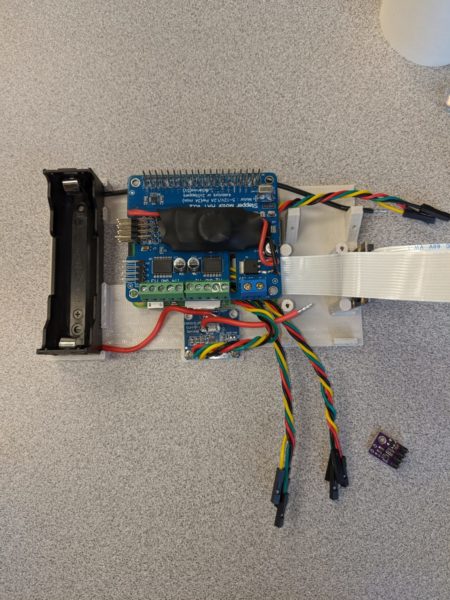 Several components use the I2C protocol for connection. This includes the OLED display, BME280 and IR laser. Using the twisted wires from the previous step, connect those sets of wires to the following.

The I2C connection to the voltage regulator allows data reading of voltage and current. Connect the wires and mount onto the car plate using short 3mm screws as shown below. 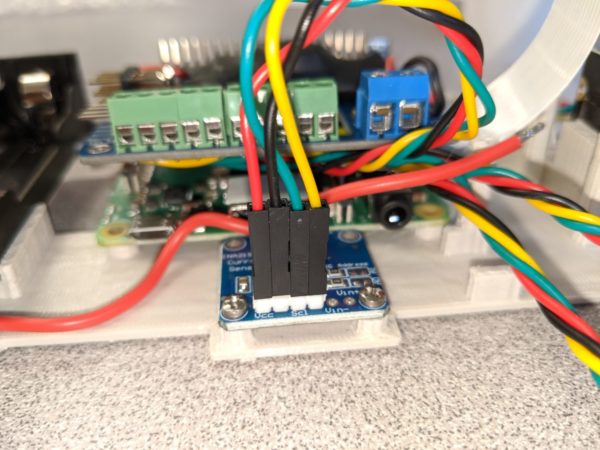 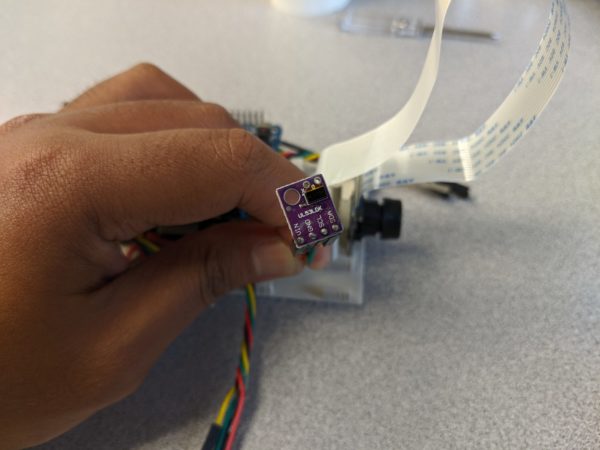 Connect the wires to the IR laser module and mount using double-sided tape as shown below. 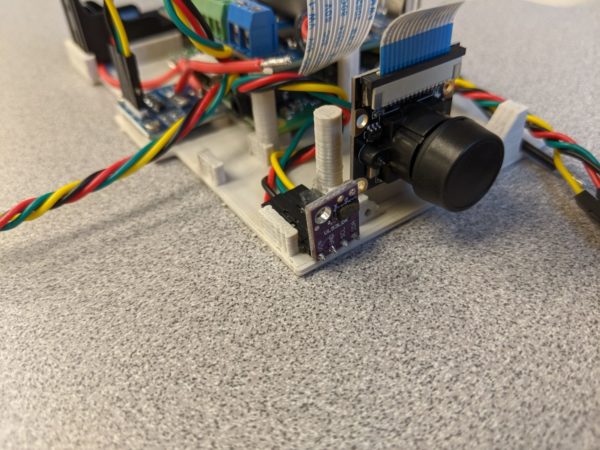 This module can be identified by its name, BME/BMP280. This module is capable of measuring temperature and humidity information. 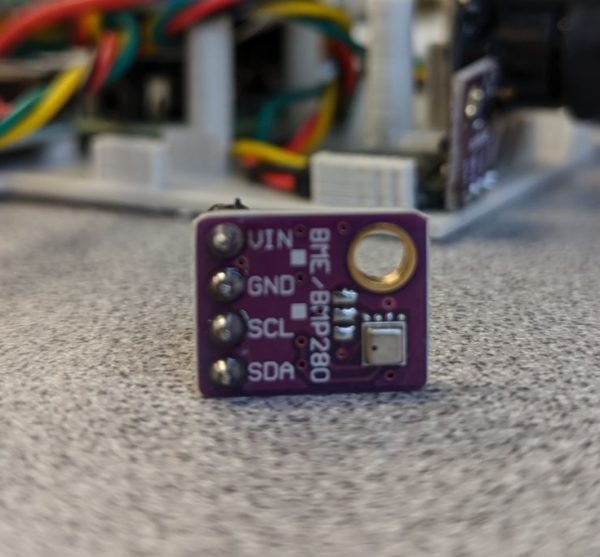 Connect the wires and mount onto the car plate using double-sided tape as shown below. 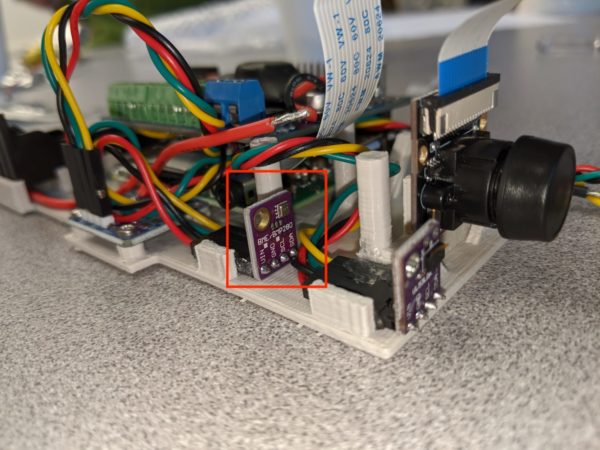 The OLED display is used to display important information, such as connection status, battery level and IP address. Connect the I2C wires as shown below. (IMPORTANT: Note the pin layout on the OLED) 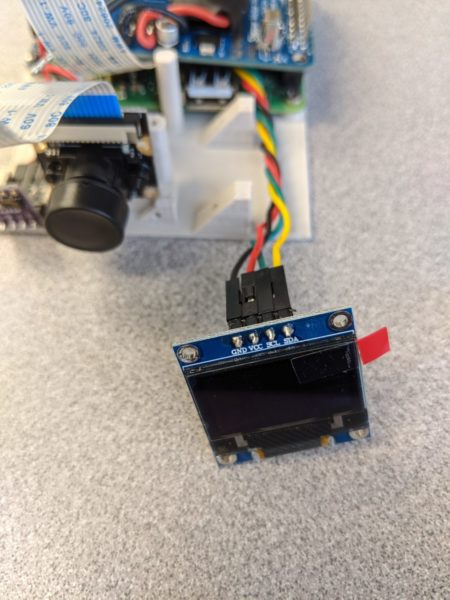 To mount the OLED display onto the car plate, use 2x 2.5mm long screws as shown below. 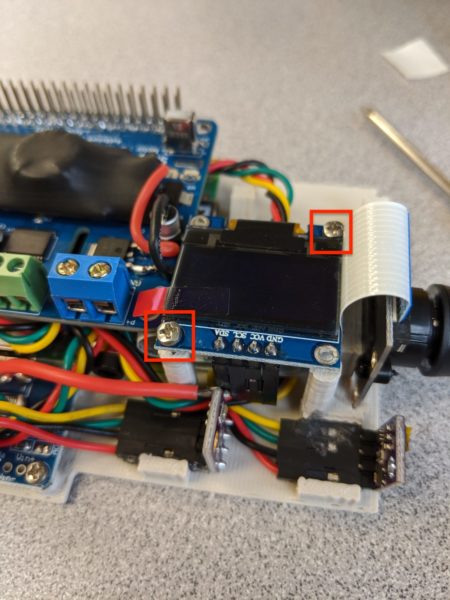 6. Install the VIN and GND wires from the Battery mount 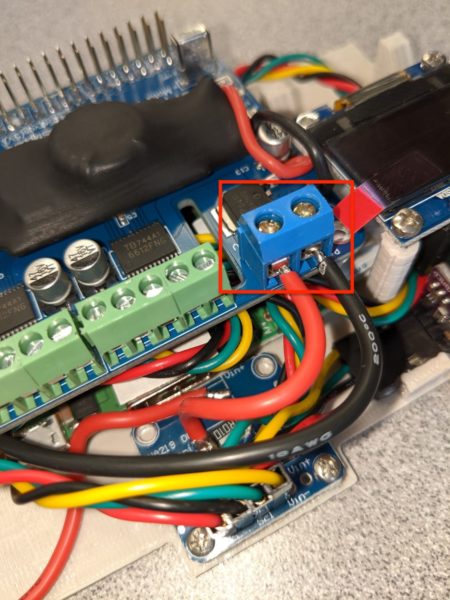 Place a DC motor on each corner of the chassis. The layout of the chassis mount should fit in one direction as shown below. Mount each motor using their respective nut and bolt. 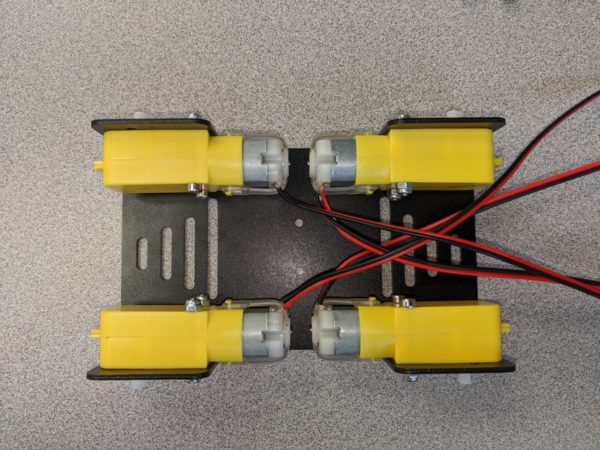 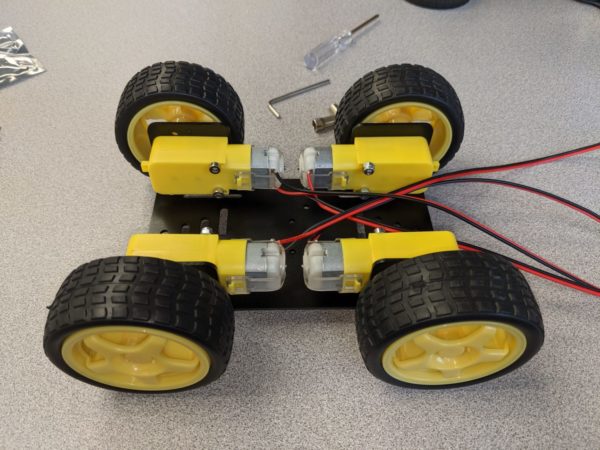 Place double-sided tape on the chassis and mount the car plate. 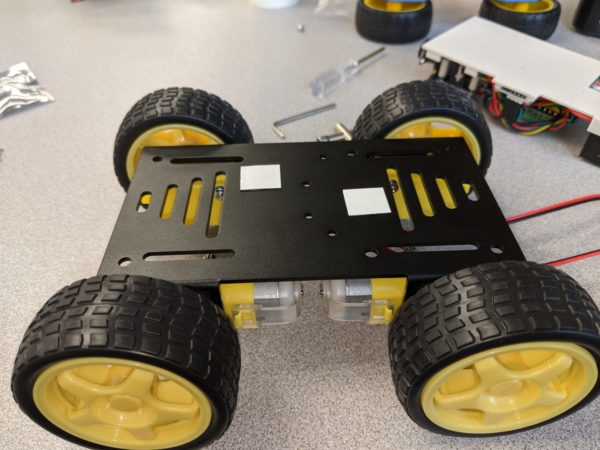 8. Connecting the motors to the motor shield 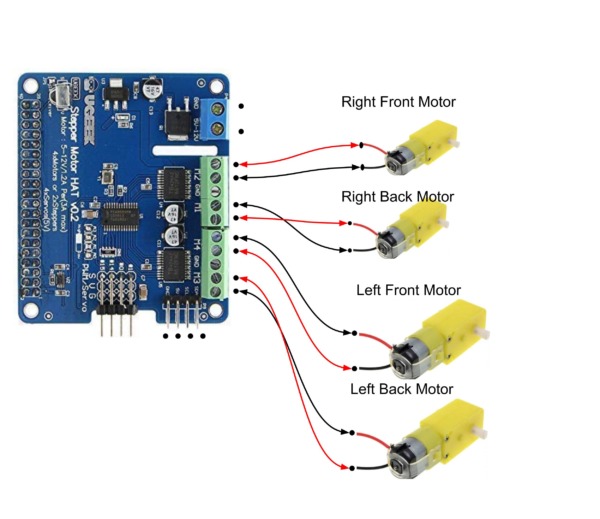 The motor wires can be routed through the chassis slots by the battery holder like this: 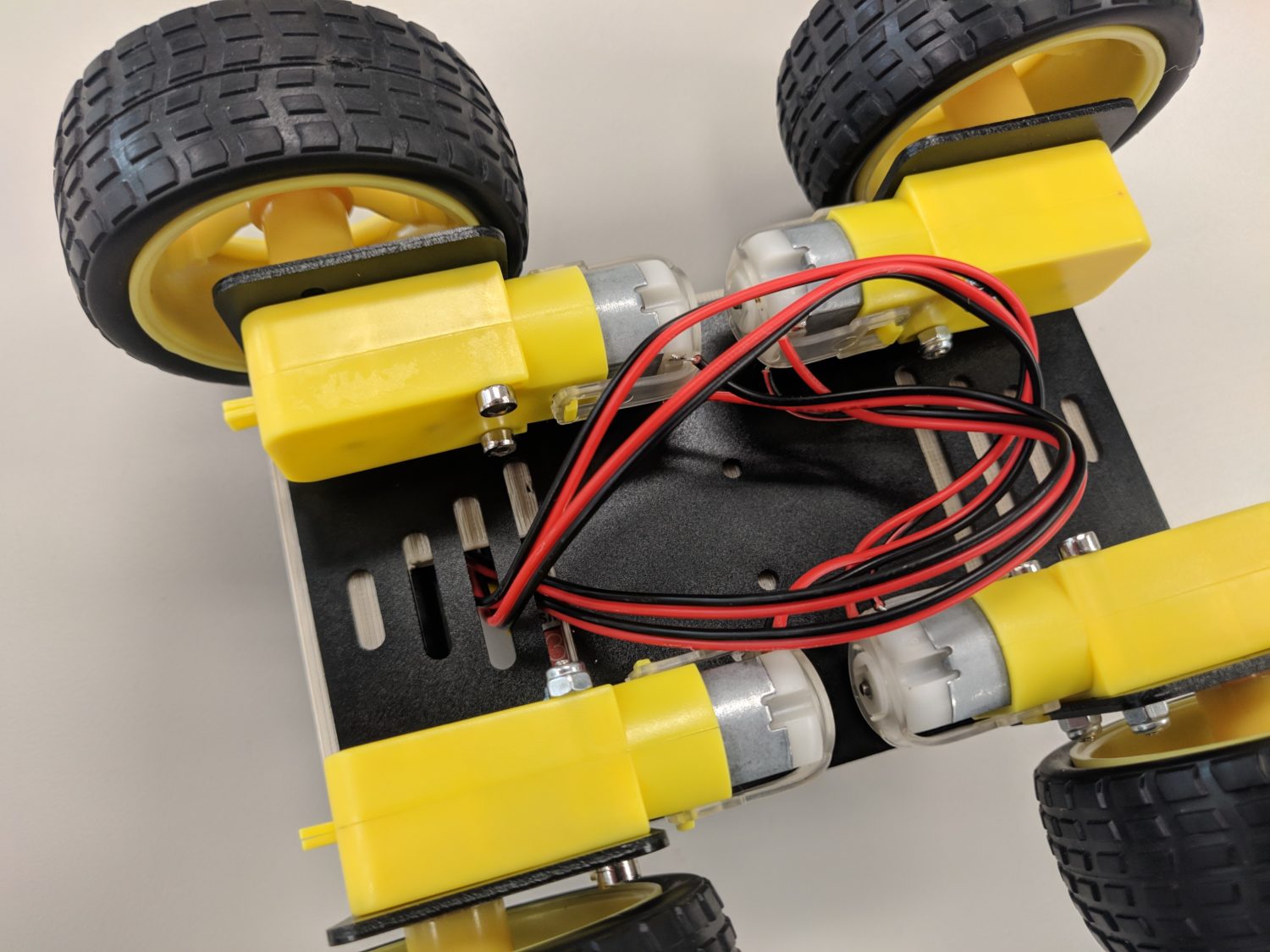 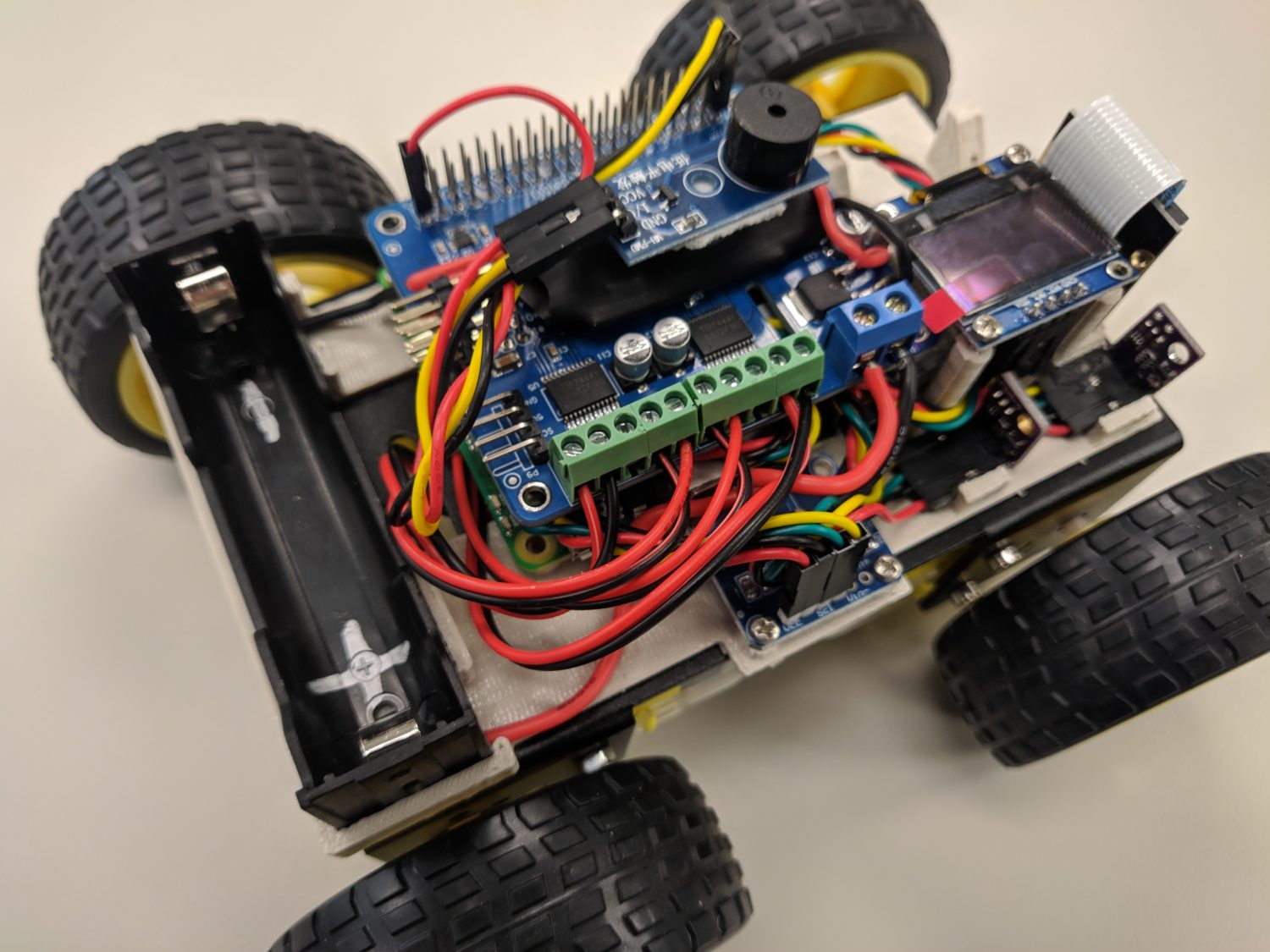