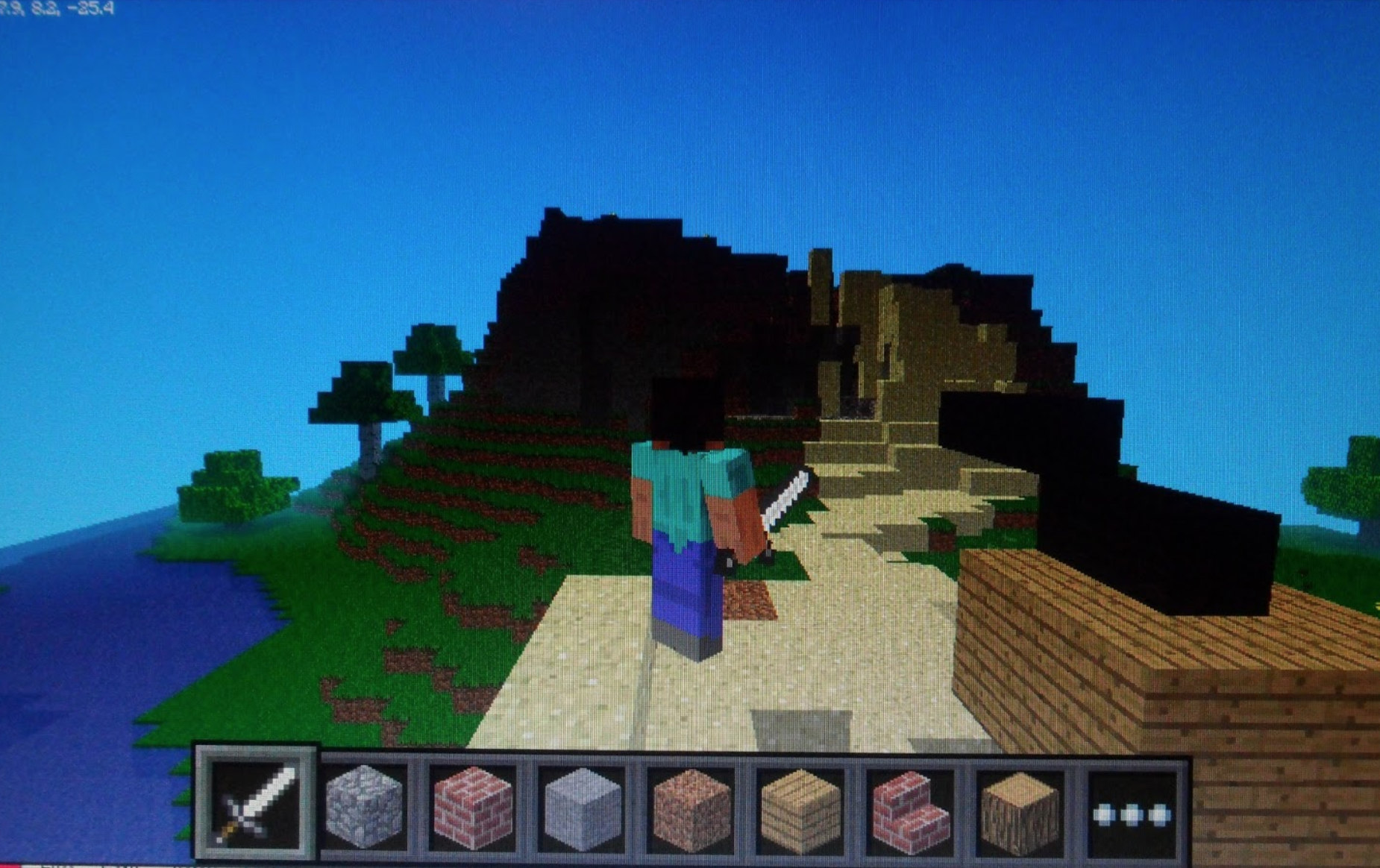 In this activity students will learn about networking on the Raspberry Pi using a popular pre installed game called Minecraft.

I use this opportunity to speak about the human networking that happens when a team of individuals work together. Minecraft is known as a sandbox game where blocks can be created or destroyed.   Many students have played Minecraft in a way that players attack each other known as player vs player, or PVP. Establish that this is not the kind of environment that is being created.  Students will work together to build something cool.

Establishing a level of experience with Minecraft is a good way to start.  I like to group advanced users with each other and beginning users together.  Each group needs to brainstorm, plan and build something in a specified amount of time.  I usually give students between 15 and 30 minutes and encourage them to stretch to collaborate.   Groups can range in size from 2 – 5 players.  One student will “host” the world on their device and will need to identify their I.P address to share with partner players.

Immediately upon opening up Minecraft students given an option to join game or create a new world.  If they create a world, it exists on their pi, if they join a world they need to know who’s world they are joining.  This becomes a process of students calling out and identifying who’s pi is at which IP address.  The IP address can be found by hovering over the Wifi signal in the upper right corner of the screen.

Students who have never used Minecraft will need assistance learning to move within the world, to place a block and to change their inventory.  These students should focus on building something very simple.  Advanced students might build a castle or a huge underground maze.  At the end of the build time, join into the world on your Pi and let one of the students from each group share what they created.

If students wish to save the world they are working on, they will need to navigate to the .minecraft folder from and drill down to the folder of the world they were playing in.  The following video goes over how to do this.